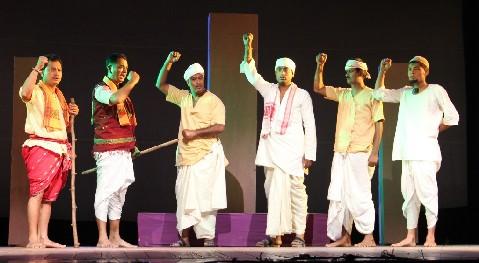 7th Annual Brajanath Sarma Memorial Drama Festival is going on from September 9-15, 2013, at Rabindra Bhawan, Guwahati. Organised by amateur theatre group Samahar Natya Gosthee, the event coincides the birth (15 September) and death (12 September) anniversaries of Brajanath Sarma. Since 2007, Samahar has been organising this annual theatre extravaganza in the hallowed memory of Brajanath Sarma -- the father of Assamese moving (mobile) theatre, who was the pioneer of modern Assamese theatre and had first brought woman on the stage to introduce co-acting in the state in 1933. Sarma, the unique firebrand freedom fighter, had destroyed and set ablaze the British aerodrome at Bornagar, Sarbhog police station, post office etc in Barpeta district. 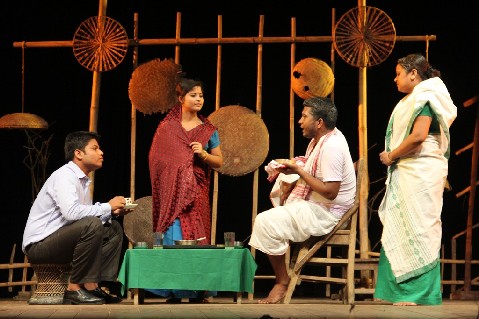 A scene from GHINAAI SAATOLA, written by Tarun Saikia and directed by Anjan Bhuyan, Natyam, presented by Puranigudam, Nagaon

TOP: A scene from PHULAGURIR DHEWA directed by Deepak Bora 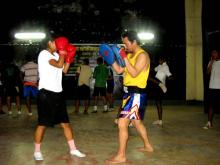 27 Nov 2016 - 4:28pm | AT New Delhi
The citizenship row in Assam seems to have spilled to New Delhi with more and more pressure groups from the north eastern region have reached the national capital to escalate the protest. AJYCP is...