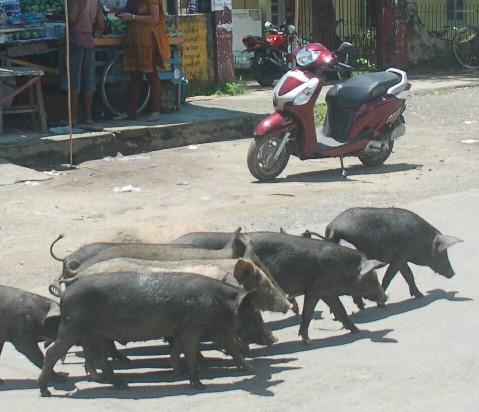 To control the raising terror of Japanise encephalities Nazira civil administration has banned the open farming of pigs at Nazira subdivision. But ignoring the govt. order pigs are openly running in the main roads of Nazira and it reflects the fruitlees effect of  the govt. decelaration.