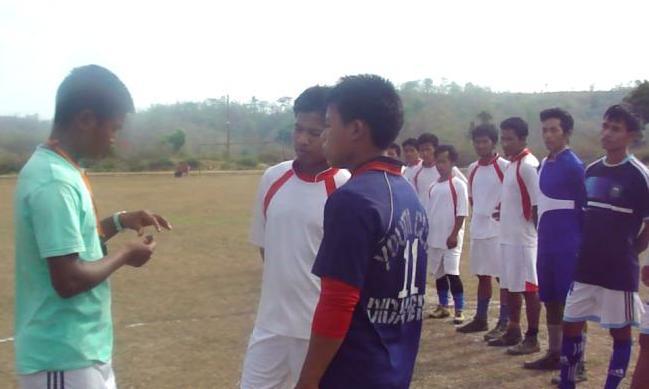 In its continuing effort to increase people – Army interaction and promote co-ordination and cooperation between different tribes of Hajadisa area of Dima Hasao district an Inter village Football Tournament is being organised by the troops of MADRAS Regiment from April 12, 2013.

The tournament commenced by kicking of football by village headman at Bara Digar Football Ground.  This five days tournament has drawn enthusiastic response from the public.  A total of 16 teams are participating in the event.  The motive of the tournament is to increase peace and harmony in the region. The final of the tournament will be held on April 16.