CBI will probe the cases of rhino poaching since 2008 at the Kaziranga National Park. The ministry of personnel, public grievances and pension informed the government on Saturday that the CBI will investigate rhino-poaching cases of the Kaziranga National Park. The CBI take up all cases three to five years old. In 2012, poachers killed 39 rhinos and removed their horns, and in 2013, the casualty figure is 16 so far. The KNP has the world's highest population of one-horned rhinoceros.

No decision yet on PIL against APSC

23 Jul 2015 - 1:15pm | AT News
The Gauhati High Court has yet to finalise the PIL seeking the court’s intervention on the alleged corruption in APSC in the seletion of ACS, APS and allied services. According to soures, scrutiny... 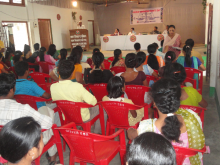