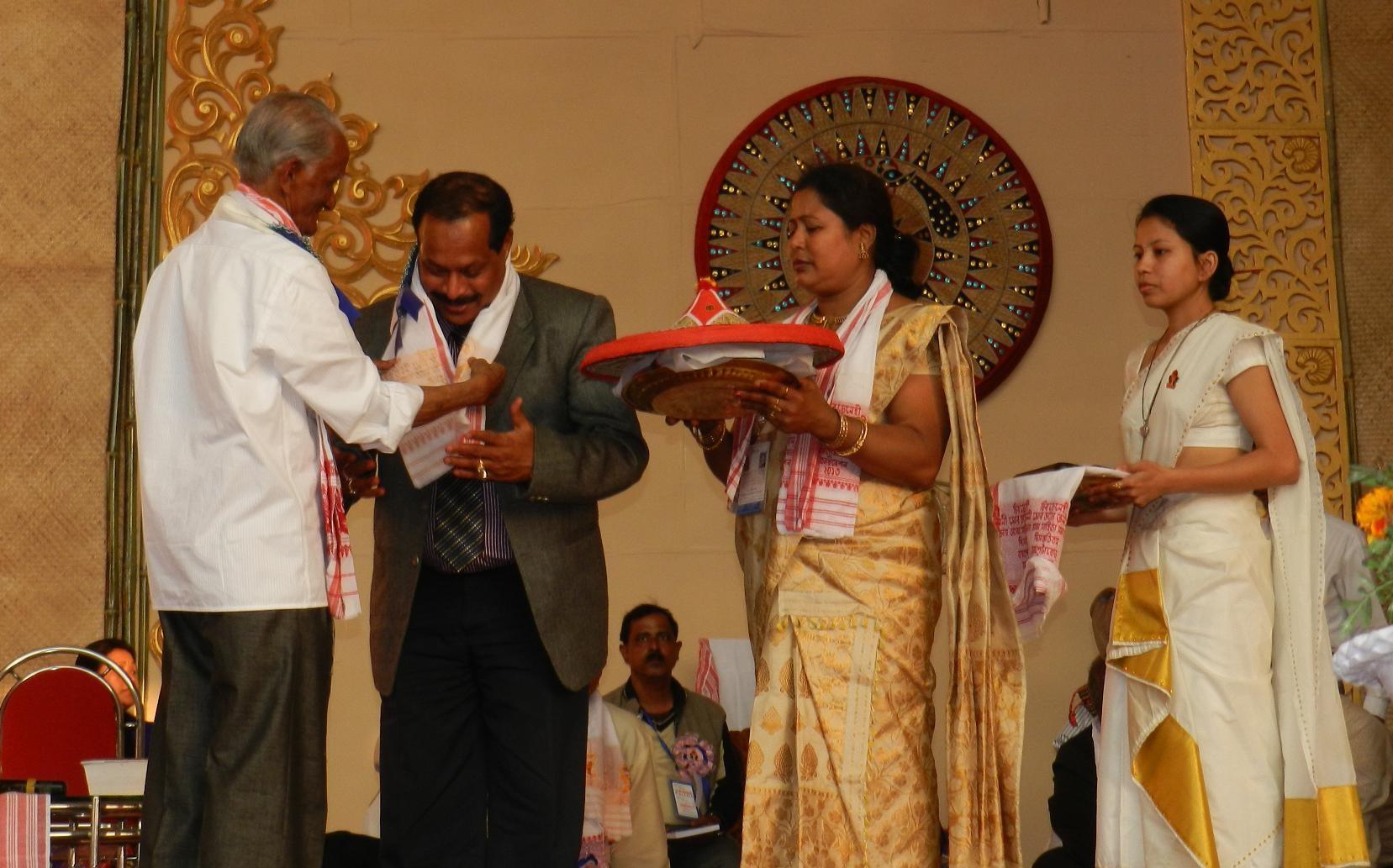 People of Kalaigaon,Tangla,Udalguri and Bhergaon have thanked Asom Sahitya Sabha for presenting prestigious Hem Barua literary award to eminent writer,scholar and administrator Thaneswar Malakar for his travelogue “Yatra”. Thaneswar Malakar has also been working as the Deputy Commissioner of Udalguri district since 2010.He has been known for his development works and people friendly attitude. The award instituted in memory of veteran Parliamentarian known for his eloquence Hem Barua. Malakar who already have earned a reputation for his literary works from the readers received the award on February 4 in the second days open session of 72nd session of Asom Sahitya Sabha held at Barpeta Road.

Congress on alliance with local parties

18 Mar 2015 - 4:06pm | Hantigiri Narzary
APCC president Anjan Dutta said that will make alliance with local nationalist organisations instead of BPF,BJP,AGP to defeat ruling BPF party in the BTC election scheduled by April next. Dutta while...

25 Apr 2015 - 6:02pm | Dr Nilmoni Sikdar
I feel honoured and privileged to write about the celebration of Rongali Bihu in London, which is the oldest venue for this beautiful Spring Festival outside of India.This year London Bihu Committee...

26 Feb 2012 - 10:24pm | editor
The voice of protest against the NHPC owned big dam in Gerukamukh gets more strength when more and more experts have criticized the controversial deal. Hundreds of people thronged the Laxmidhar...