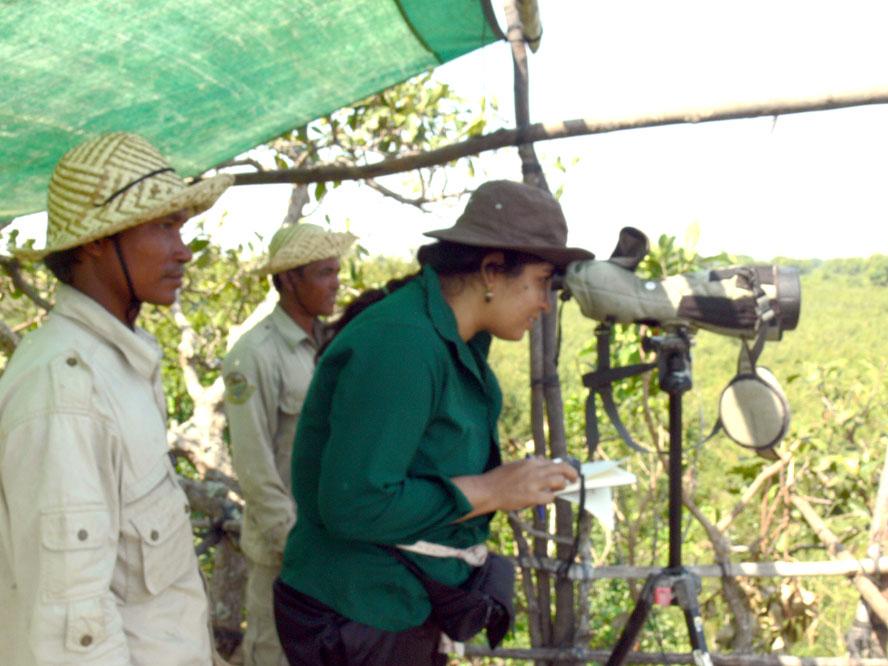 Aaranyak’s wildlife biologist, Purnima Devi Barman who has been working continuously on conservation of Greater Adjutant Stork species has completed an international field training in a remote forest area on Cambodia on nesting monitoring and biology of Greater Adjutant Stork.  Conservation Leadership Programme (CLP) , UK, offered the training to her under and provided a scholarship for it.  Ms Barman also works as a part-time Lecturer in Handique Girls’ College, Guwahati.

Greater Adjutant stork is an endangered bird whose global population is less than 1000 and almost 80% of its population is distributed in Assam.

Wildlife Conservation Society (WCS), Cambodia hosted this training for her. During this training period she worked extensively in forest with rangers of Cambodia Forest and WCS team, Cambodia. She was the only participant in the training. She worked in Prek Toal Bird sanctuary which is situated on Tonle Sap lake, the largest freshwater lake in South east Asia.  Many Cambodian people are dependent on this lake’s bio-resource for their surviving.

It is worth mentioning that global distribution of Greater adjutant stork, the rarest of the 20 species of storks available are confined to a few isolated pockets in Brahmaputra valley of Assam , Bihar  in India and Cambodia.  In Assam this bird mainly nests in private areas and conservation is mainly dependent on the efforts of the community.  For last several years. Purnima has been working extensively for protection of this bird species that is mentioned the IUCN Red list. 146 pairs of Greater adjutants were recorded last year by WCS team in Cambodia whereas in Assam around 750-800 birds are recorded.

Purnima who received  Future Conservationist award 2009 from Conservation Leadership Programme, UK, has been extensively working in Dadara and Pacharia villages, 12kms away from Guwahati ,  where Greater Adjutant Storks breed in tree-top colonies located on  private land. There are about 128 nests recorded this year  in the area during in a survey lead by her.  Many education and awareness programmes have been facilitated by her team in the area  to make villagers aware  about the need for conservation of the species. The villages in Dadara and Pacharia  now take pride in the  presence of this bird in their backyard.

The villagers have become so attached to the bird species emotionally that  they have even built a statue of the bird in the campus of Sankardev Sisu Niketan at  Dadara and regularly perform prayer for the conservation of this bird.

According to Purnima, the major difference  in the conservation story  of Greater Adjutant Stork in Cambodia and Assam is that in Cambodia the bird  breeds and roosts in deep forest not in private lands as is the case Assam.  Habitat destruction, cutting down of trees, hunting etc. are major problem in Assam where as a poaching for meat, egg collection  done by fringe villagers  are the problem there in Cambodia in respect of conservation of the endangered bird species.

Prek Toal is a flooded forest on the Tonle sap lake  and villagers lives 28kms away from his forest in  three floating villages.   Villagers are extensively dependent on the lake and the forest for livelihood.  It is noteworthy Ministry of environment and Forest in Cambodia  has declared this area as  Biosphere Reserve to help the communities and to reduce the pressure on forest resources .  The MoEF in collaboration with the WCS selected some egg collectors from the village and transformed them into rangers  by providing continuous education and training to them.  They are now dedicated conservationist. Purnima spent all the time  during the training period with these Rangers who helped her a lot.

There are 28 numbers of bird monitoring platforms in the forest area of Prek Toal, Cambodia and Purnima visited many of them for monitoring purpose. These platforms are located on tree tops at about 30-40 feet height  from the ground that makes those look like  tall ‘machan’.

30 Aug 2012 - 3:02am | editor
AIUDF has alleged that both Delhi and Dispur have failed to efficiently deal with the law and order situation in violence-hit areas. Talking to reporters in Guwahati on Wednesday, General Secretary... 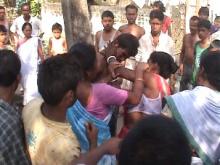