8 Mar 2014 - 2:26pm | AT News
Barring Mongoldoi, Nagaon and Dhubri, AICC has finalized the list of the candidates for the upcoming Lok Sabha polls.This was what chief minister Tarun Gogoi told reporters in New Delhi on Saturday.... 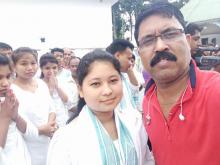