The Autonomous State Demand Committee (ASDC) is striking a deal with the BJP to form a coalition North Cachar Hills Autonomous Council (NCHAC .

Speaking to assamtimes over telephone from Haflong, ASDC leaders they are in talks with the BJP leaders in Guwahati to finalise the roadmap.
“The final picture is expected on Thursday,” they say.

Notably, the Congress has been faciling humiliating defeat at the hands of ASDC and BJP combine clearing the way for a new Council led by ASDC and BJP.

The Congress topgun and Haflong MLA and former minister Gobinda Chandra Langthasa and his son was defeated in the election.

ASDC and BJP combine secured 20seats while Congress and independent got 3 seats each.

25 Jun 2007 - 10:11am | editor
Our correspondent from Guwahati: In a bid to unite all regional forces to recoup power at Dispur from Congress, the Asom Gana Parishad (AGP) has determined to constitute a working group for...

18 Jul 2016 - 1:07pm | AT News
The Opposition staged a walk out in the opening day of the Assam assembly session on Monday for disallowing to figure out vital issue on the floor.Congress and AIUDF legislators demanded a discussion... 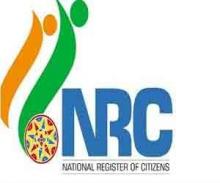 30 Dec 2017 - 11:42am | AT News
GUWAHATI: Only a day is left for Assam to publish the first piece of NRC draft forcing the authority to work in a war footing manner. Verifying officials are busy with final touch since the draft...