President of Nikhil Bishnupriya Manipuri Mahasabha Debendra Kumar Sinha, in a memorandum alleged that the Council had indulged in large scale corruption in the utilisation of government grants-in-aid of Rs 10 crore provided during 2010-11. 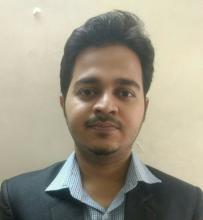 10 Oct 2017 - 1:44pm | Ranjanjyoti Mahanta
The sumptuousness of College of Fisheries, Assam Agricultural University, Raha, in the dome of imparting quality education and nurturing talent, once again has been appreciated nationally. The...

8 Sep 2015 - 10:45pm | Sunil Khabacha
The All Tribal Students' Union Manipur has expressed grave concern over a set of laws which they feel would do more harm for the tribal people. In statement sent to Assam Times, the student...

Screening of documentary on Mayong

25 Feb 2013 - 7:55pm | AT News
Utpal Borpujari's documentary "Mayong: Myth/Reality" will have a special screening at the main auditorium of the India International Centre, Lodi Road, New Delhi, at 6:30 pm on March 11.SynopsisOn...