Centre steps in to the restore border normalcy

12 Mar 2018 - 9:17am | AT News
RIMA VUSHUM AIAZWL: Finally the Centre steps in to mend the widening differences between Assam and Mizoram amid an escalating tension along the inter state border. The home ministry has asked both... 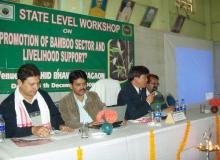