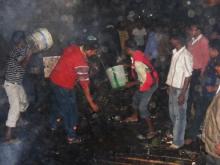 2 Jan 2009 - 12:09am | editor
At least five persons died and more than 30 others have been injured when three blast rocked Guwahati before the arrival of Union home minister P Chidambaram on Thursday evening.The first one took...