Chief Minister Tarun Gogoi Gogoi asked his ministers and officials to prepare district-level plans to deal with the draught-like situation in the state.

The instruction came up when Gogoi held a meeting of senior members of his ministry to deal with the drought-like situation in Assam. He stressed the need for taking water conservation efforts in all commercial and residential areas in view of the lack of proper rainfall. 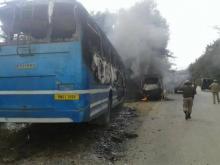 15 Feb 2009 - 6:58pm | editor
Lakhs of people are attending the second day of the 70th Asom Sahitya Sabha session in Dhemaji on Sunday. The second day two of the session began after the flag hoisting by the outgoing president...