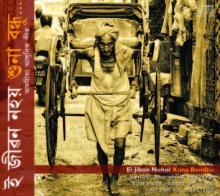 11 Feb 2010 - 6:15am | editor
An audio CD titled 'Ei Jibon Nohoi Xuna Bondhu' was released by veteran singer, Sudakshina Sarma, in Guwahati on 5th February 2010. The music album has songs by nationally-reputed singers such as...

8 Oct 2009 - 11:03am | Aiyushman Dutta
Over the last few years, the live music scene in Northeast India has been picking up momentum, making the region one of the most vibrant music destinations of the country. Performance of...