6 Dec 2014 - 8:25am | Inamul Islam
The National Investigation Agency (NIA) will produce Sahanur Alom in court today a day after police arrested from Nalabari district on Friday night in connection with the Burdwan blast.Sources told...

5 killed in lightening in Goalpara

14 Aug 2010 - 2:55am | editor
Altogether five people, including three of a family, were killed when lightning struck them in a field in in Goalpara district Friday. According to information, the incident took place in the... 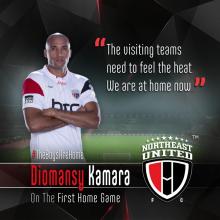 14 Oct 2015 - 8:58pm | AT News
NorthEast United FC is prepared for a brave fight against FC Goa in the Hero Indian Super League (ISL) clash in Guwahati on Thursday. NorthEast United played two matches away and lost both of...

Demand for Product Managers in IT Companies
EXPLOSION AT HAJO: 2 DEAD OVER 42 INJURED
Rajat Agarwal is back home
Strong Resentment against AUDF demand for Autonomous Council
Assamese NRI to chair BushÃ¢â‚¬â„¢s dinner at Washington
Himanta B Sarma Swings the Axe
Heavy Downpour in North Lakimpur
Campus Recruitment is not a very big hit
Upgrading Employee Skills Necessary For A Competitive Environment
More Twists in the Coachs Story