As a gift of English new year and the eve of the Bhogali bihu, the Vice-Chairman of Assam planning Board, Ex. Minister and MLA of Sonari legislative assembly, Sarat Borkotoky presents many development schemes for his constituency. A new ASTC Bus service from Sonari town to Tinsukia, via Sivasagar and Dibrugarh town is inaugurated. 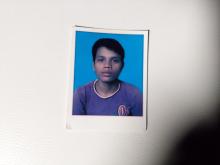 9 Apr 2010 - 1:57pm | Jayanta Kumar Das
The countdown has started for the second BTC general election to be held on April 9 in Udalguri district. District administration headed by SS Meenakshi Sundaram,Deputy Commissioner and District...