Alongwith the rest of the country the 64th Independence Day has been peacefully observed in different parts of Sivasagar district with traditional glory & flavour. At Sivasagar, main programme were held at Bording Field with a day-long programme. At Nazira, central ceremonial function were held at Nazira Playground. 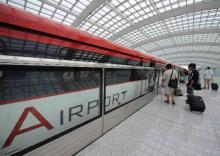 Dream of a Subway

7 Dec 2012 - 4:28pm | Prodip Borkakoty
After living in China for almost seven years one aspect which I always keep on comparing between India and China is the state of transportation in the cities of China. This comparison...

11 Jan 2012 - 5:40pm | editor
Despite controversies the Assam government and the Board of secondary education, Assam jointly conducted the teachers eligibility test in altogether 728 centres across the state on Tuesday. The...