Jorhat district bandh called by Jorhat Press Club today passed peacefully. No untoward incident took place during the bandh. The 12-hour long band was district bandh was called to proetest the inaction of police and alleged involment of in the favouritism towards political leaders. According to information, one polical leader Apurba Bora threatened to kill a reporter working for Agrodoot, Jorhat on March 7. More than 20 organisations exended their suport towards the bandh.

Concern over border on the boil

15 Aug 2014 - 9:27pm | AT News
Chief Minister Tarun Gogoi expressed grave concern over the violence along the Assam­Nagaland border where the miscreants from the neighbouring state killed at least 11 people on Tuesday.... 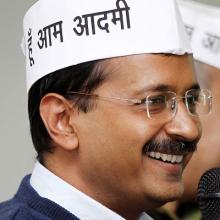 Kejriwal to take oath on Feb 14

10 Feb 2015 - 4:38pm | AT News
Arvind Kejriwal is likely to take oath as Delhi chief minister on Saturday. Jubilant AAP leaders told Assam Times at the in Patel Nagar based party headquarters that that date is more or less final....

22 Sep 2012 - 3:34am | editor
Authorities have sounded alert was in most of the affected districts as the Brahmaputra river is flowing above danger level at some points - particularly in Dibrugarh and Jorhat districts and showing...