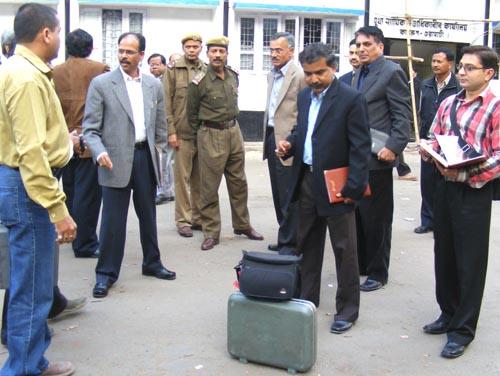 13 Apr 2018 - 9:16pm | Nikhil Mundra
HOJAI: Hojai, the headquarter of the newly created central Assam district suddenly turned into Kashmir after a huge hailstorm that lashed the town for half an hour on Friday.Hailstorm accompanied by...

4 Sep 2007 - 7:27am | pbaruah
GUWAHATI: Assam observes Janmastami of the Lord Krishna along with other parts of the country amid tight security arrangement in view of stepped up militant activities.Temples and homes are...