17 Jun 2014 - 5:53pm | Hantigiri Narzary
The National Democratic Front of Boroland(Songbijit faction) said that a hardcore member of NDFB(S) was killed and two others were apprehended in Parbatjhora subdivision of Kokrajhar district on... 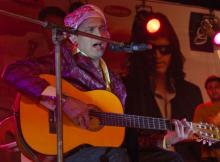 22 Sep 2019 - 10:30pm | AT Kokrajhar Bureau
Kokrajhar: The 22nd edition of the Daoharu Mungkhlong Football Trophy 2019 began here at Dotma HS School playground in Kokrajhar district on Sunday. 10 teams from the state and West Bengal are...