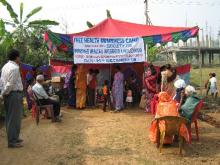 18 Oct 2017 - 12:55pm | Nikhil Mundra
At a time when the country is preparing to celebrate Diwali by bursting crackers in a big way a non governmental organization has urged the people to avoid the traditional practice saying that it...