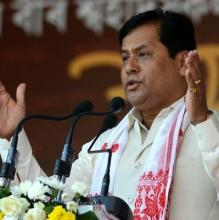 22 Oct 2011 - 3:47am | editor
Massive water logging disrupts normal life in Guwahati following a heavy downpour that lashed the city on Friday. Rains and storm lashed the entire city at around 3-30 which continued till 4-30 in...