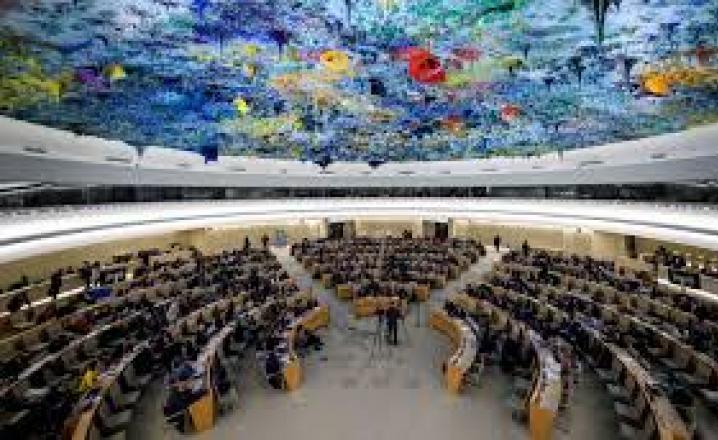 GENEVA (26 June 2020) – UN experts* today called on India to immediately release human rights defenders who have been arrested for protesting against changes to the nation’s citizenship laws.

“These defenders, many of them students, appear to have been arrested simply because they exercised their right to denounce and protest against the CAA (Citizenship Amendment Act), and their arrest seems clearly designed to send a chilling message to India’s vibrant civil society that criticism of government policies will not be tolerated,” the experts said.

One of the most alarming cases concerns pregnant Delhi student Safoora Zargar, who was detained for over two months having allegedly been kept in conditions equating to solitary confinement, denied regular contact with her family and legal representative, and having not been provided adequate medical care or diet. She was finally granted bail on 23 June 2020, in her sixth month of pregnancy, on humanitarian grounds.

The CAA provides expedited and simplified access to citizenship for people from specific religious minorities from several neighbouring countries but it excludes Muslims. Its adoption in December 2019 provoked nationwide protests by Indians from diverse faiths – including Hindus – who believe it violates the secular foundations of India’s constitution.

Many of the 11 individual cases* include serious allegations of human rights violations, several relating to due process failings during arrest and detention, as well as allegations of torture and ill-treatment.

“Authorities should immediately release all human rights defenders who are currently being held in pre-trial detention without sufficient evidence, often simply on the basis of speeches they made criticising the discriminatory nature of the CAA,” they said.

The experts also highlighted their concern that the authorities’ response to the protests seemed discriminatory. It appears they have not similarly investigated allegations of incitement to hatred and violence made by CAA supporters, some of whom are reported to have chanted “shoot the traitors” at counter-rallies.

“Although demonstrations ended in March due to the COVID-19 pandemic, and India’s Supreme Court issued a recent order to decongest jails because of health concerns related to the pandemic, protest leaders continue to be detained. The reported spread of the virus in Indian prisons makes their immediate release all the more urgent,” the experts said.

They are in contact with the Government on this matter.

9 Dec 2014 - 9:16pm | Mithun Baruah
Margherita journalist Association gearing up to hold its 12th Bi-Annual convention in January 15. Talking to Assam Times the journalists body said that the event will take place on January 17. The...

7 Mar 2012 - 2:57am | editor
An Aligarh Muslim University-like varsity is likely to be set up in Assam. But the Centre must approve the proposal Dispur sent to Delhi recently. Disclosing this on the floor of the Assam...

26 Jul 2015 - 6:08pm | AT News
Journalists’ Forum Assam (JFA) has expressed serious concern over the murder of third scribe this year in Mumbai and demanded visible actions by the concerned authorities. The forum argued that the...