18 Mar 2012 - 4:36am | editor
The much-hyped NRC update process is expected to begin from July. The exercise is set to take place in two in three phase from Sadiya. This was disclosed during a meeting of the ministerial... 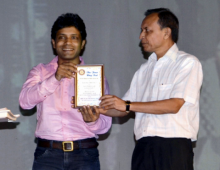