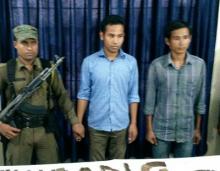 15 Oct 2007 - 4:59am | pbaruah
A mammoth security arrangement is on the cards to make to ensure peace during Durga puja commencing from Thursday.According to information, top ranked security officials are constantly monitoring the...