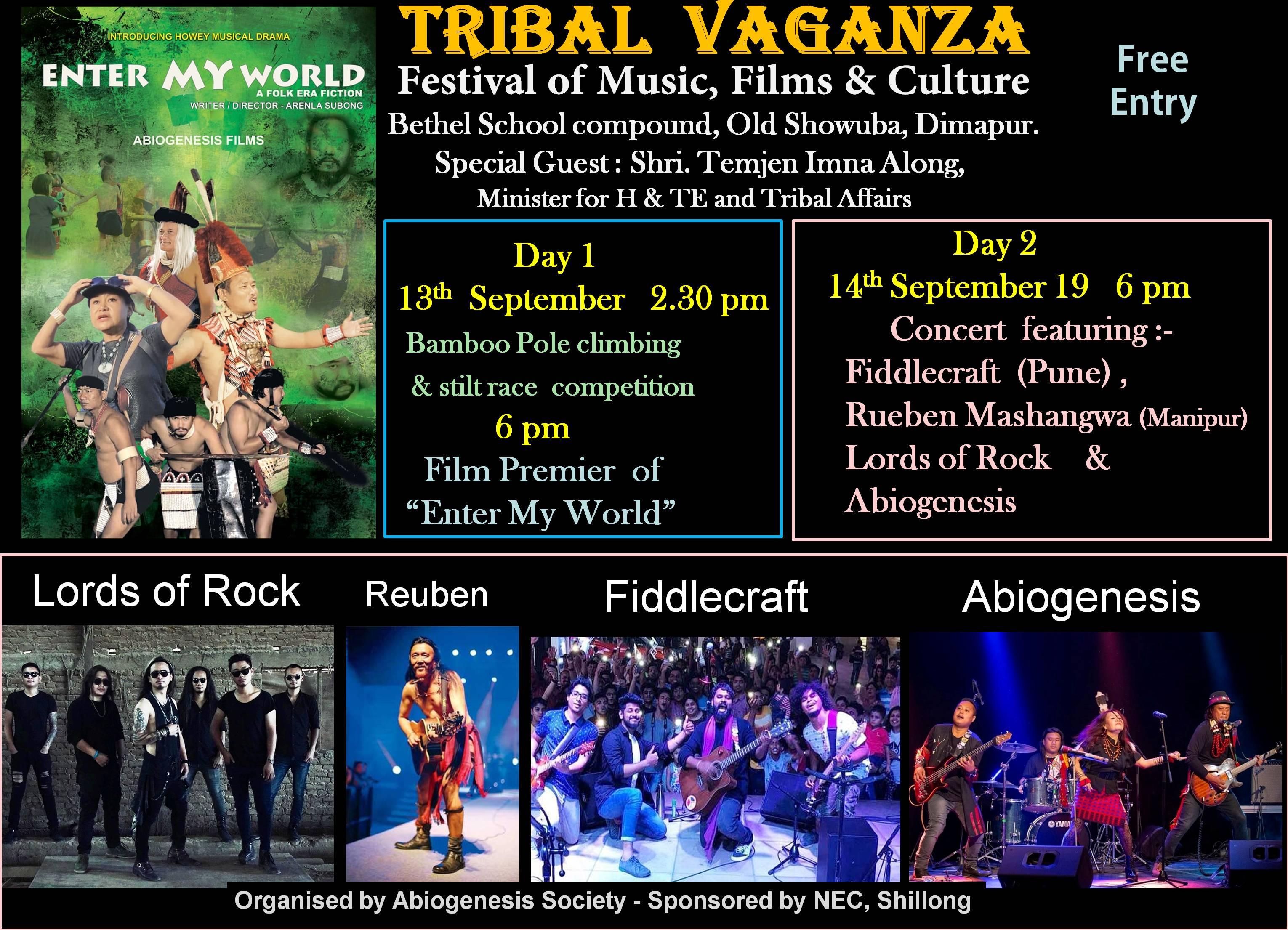 The festival will commence with Indigenous games like , open oiled bamboo  pole climbing competition and bamboo stilt race at 2.50 pm in the afternoon and in the evening from 6pm, there will be a pre release  Film Premiere of “EnterMy World”   Shri. Temjen Imna Along, Hon’ble Minister of  H  & TE and Tribal Affairs will graced the occasion as special invitee.

There will be a mega concert on day two at 6 pm featuring , Fiddlecraft  from Pune, Reuben Mashangwa’s band  from Manipur, Lords of Rock and Abiogenesis from Nagaland.

Enter My World, written and directed by Arenla Subong is really going to be intriguing as it is a new form of musical with an exciting story.  Calling it Howey musical, the songs are sung in Naga folk tunes (India) and the script in English. It is full of drama with all its colours – the writer and her assistant on her research venture are caught by some hunters in the jungle and  held captives in a Naga village suspecting them to be spies. They are surprised to find themselves in a world which is in the folk era.

The end is electrifying with the tiger spirited man and the boar spirited man confronting each other and the writer and her assistant trying to flee from the village. Some of the noted actors are Zhokoi Chuzo-the Naga Bollywood actor, Arenla Subong of Abiogenesis, Ariensa Longchar of Dreams Unlimited, Moa Subong, V.Chishi, Kiry Yimchunger, Toshi Lenda and Daniel Engty. Other special features in the film are the Chicken Dance by Chakesang Zuve Cultural Club, Choreographed by Veswozo Phesao and the Sangtam Dance by Kuyingpong Cultural Club Choreographed by Shiromong Anar.

The festival is organized by Abiogenesis Society, Dimapur and sponsored by North East Council, Shillong.

31 May 2008 - 2:41pm | editor
Tension is simmering in Langpih in Kamrup district along the Assam-Meghalaya border following the brisk preparation by the Assam Government to set up a primary health centre on Saturday while the...