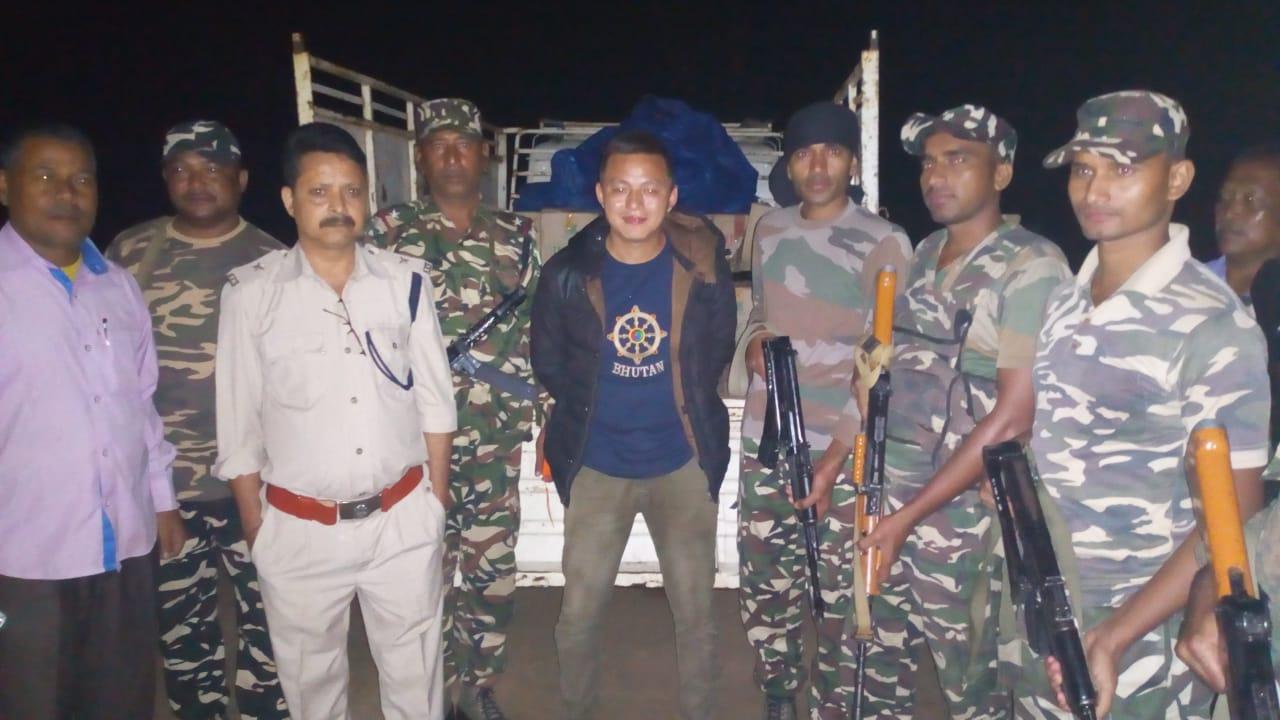 UDALGURI: In a major drive against illegal Foreign liquor making entry into Indian markets.The troops of 37 Bn SSB stationed at Border Outpost( BOP), Tankibasti seized a consignment of 75 Cases containing 900 Bottles of Bhutan made Liquor along with Bolero Pickup and apprehended one Bhutan national namely Kinzang Wangchuk (26) near Dimakuchi of Udalguri district along the Indo-Bhutan Border on Saturday evening.According to reports the Bhutanese national is a resident of  Momring village under Jomotsangkha Post Office of Samdrup Jongnkhar province of Bhutan. The consignment was being brought from Bhutan and was to be delivered in Indian side. The seized items were later handed over to Excise Office Tangla, for further legal action.The market value of seized items is estimated to be about Rs 5,83,000.

14 Oct 2017 - 9:08pm | AT Kokrajhar Bureau
Police arrested five persons for involved with extortions at Dholmara area under Salakati police outpost late night in Kokrajhar district. According to police, a gang of five members,who are moving...

10 Nov 2015 - 9:03am | Joseph Pulinthanath
More than nine thousand faithful from all parts of the state converged at Agartala took part on the 7th Annual Eucharistic Procession, making it a record of sorts in the 19 year old diocese on Sunday...