IMPHAL: Manipur human rights activist Babloo Loitongbam on Wednesday expressed strong displeasure over “threatening and attempting to arrest” EEVFAM members seeking justice for “victims” of fake encounters.
Participating in a one-day discussion on “Justice for mass extrajudicial execution in Manipur” here, Babloo Loitongbam pointed out that one Ranjita, an EEVFAM activist from Bishnupur got threatened after security personnel, including army men, searched her house on March 27 last.
Representatives of several civil society organisations attended the programme organised by the Extra Judicial Execution Victims Families Association, Manipur (EEVFAM) at Kuki Inn, Imphal.
The Executive Director of Human Rights Alert (HRA)  criticised the security forces and their agencies and cited several instances where EEVFAM members were being threatened by the security agencies.
“The security personnel later left the house of Ranjita telling that they came to a wrong place,” Babloo said.
He also mentioned a recent incident wherein security personnel who possessed arrest warrant came to arrest another member named Menjor but the police later clarified the incident saying “sorry.”
EEVFAM had in February alleged that its member Sagolsem Menjor Singh was repeatedly harassed and threatened by police on false charges.
Babloo said, “Such incidents are testimonies to the fact that the state of Manipur has been witnessing weak rule of law and lack of good governance for a long time, a threat to human rights.”
He referred to the current arms missing case facing the state government and said it cannot be ruled out that the weapons might have used in eliminating many youths of the state in encounters which were "stage-managed."
On March 31 last, Manipur Chief Minister Nongthombam Biren Singh announced that the National Investigation Agency (NIA) will probe into the missing of arms case in which 56 pistols disappeared from the police headquarters over a period of four years.
The human rights activist Babloo urged the state government and NIA to find out whether the missing weapons were used in “fake encounters” by security forces in Manipur. 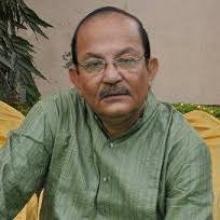 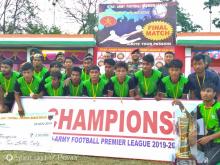