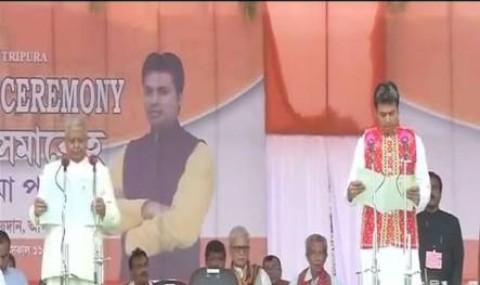 PRASENJIT SAHA
AGARTALA: A couple if days after his party put up a commendable show in the assembly polls, BJP leader Biplab Kumar Deb took oath as Tripura Chief minister at s huge ceremony in Agartala.

Indigenous People's Front of Tripura (IPFT) has 2 ministers Including IPFT chief N C Debbarma in the the new government as they bargained for 4 berths winning eight of nine seats. . The new ministry include Sudip Roy Barman and Ratan Lal Nath.

Senior leader Jishnu Debverma took oath as deputy chief minister. The portfolios are expected to be announced by Saturday.

14 Jul 2017 - 9:47am | AT Kokrajhar Bureau
At a time when government has been initiating to stop any form of child labour in the state,a child labour was rescued on Thursday at a Blue Diamond restaurant in Kokrajhar,heart of BTAD...

11 Jun 2009 - 7:05am | Mowsam Hazarika
Pramila Rani Brahma, Agriculture Minister, Assam has given stress upon farm mechanization in the state to ensure double cropping and to attract new generation towards agricultural sector. In this... 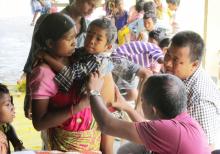