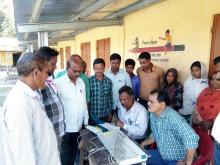 13 Aug 2007 - 3:01pm | editor
NEW DELHI: The UAE Govt has launched a scheme for granting amnesty to foreigners who are illegally staying in the country. The scheme was launched to give a chance to all foreigners illegally...