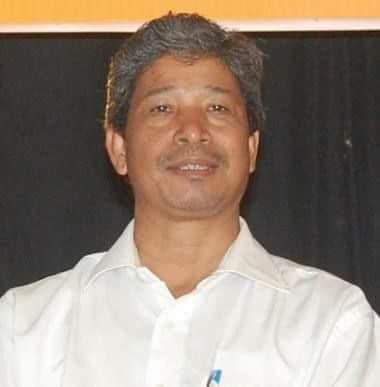 PRASENJIT SAHA
AGARTALA: Tripura minister and CPIM candidate from Krishnapur constituency Khagendra Jamatiya died of brief ailment in New Delhi on Friday.
The end came for the veteran Left in Tripura at 4.30 in the wee hours at the All India Institute of Medical Science where he was undergoing treatment. The 60 year old has been winning the since 1988.
Chief minister Manik Sarkar, his,cabinet colleagues,along with many organizations and individuals have deeply condoled Jamatiya’s death and conveyed deep sympathy to the bereaved family members.

Protest over rape and murder at Margherita