Rahul Gandhi on visit to Meghalaya 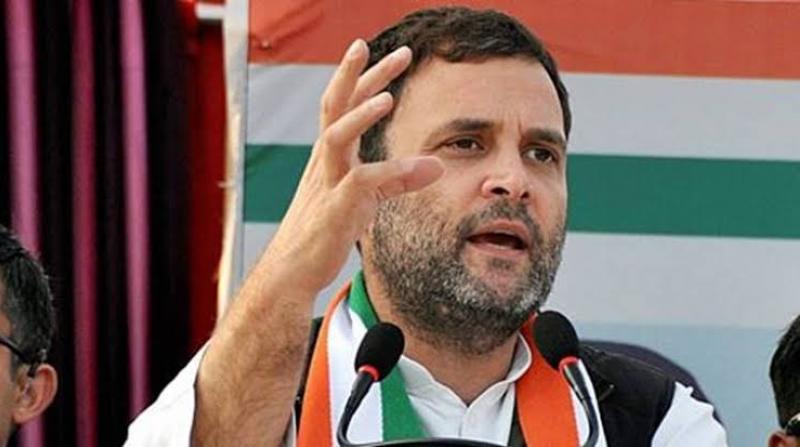 NEW DELHI: Congress president Rahul Gandhi is on visit to Meghalaya from Tuesday to campaign for the party candidates for the assembly polls slated for February 27.

Meghalaya Congress president Vincent Pala told media that Gandhi who is schedule to artive in the capital of Shillong from Guwahati by a chopper at 1.30 in the afternoon will go to Jowai by car where he is addressing a mammoth rally in the afternoon.

This would be followed by his meeting with party leaders in Shillong and in the evening the party president attend a concert at the Polo Ground.

On Wednesday morning Gandhi is scheduled to interact prominent leaders, church heads along with the various tribal leaders in the capital. He, however, will not visit Tura this time since SPG has not allowed him to fly in Pawan Hans chopper.

State Congress leaders said Gandhi will address at least five rallies during the next two legs of campaign tours in Meghalaya.

25 Aug 2017 - 9:26pm | AT News
A forest official along with two security personnel sustained injury during a massive eviction drive in the outskirt of Guwahati city on Friday.  From early in the morning a huge eviction...

25 Aug 2008 - 2:28pm | Dibya J Borthakur
On the eve of the PM's arrival in Nagaon city, no stone has been left unturned to ensure foolproof security arrangements by the district administration. The Prime Minister Dr Manmohan Singh will...

10 May 2015 - 5:13pm | AT News
As many as 35 girls have reached their parents in Tinsukia district a day after they were rescued just before taking to Kerala.Immediately after being rescued at the Margherita Railway Station on...