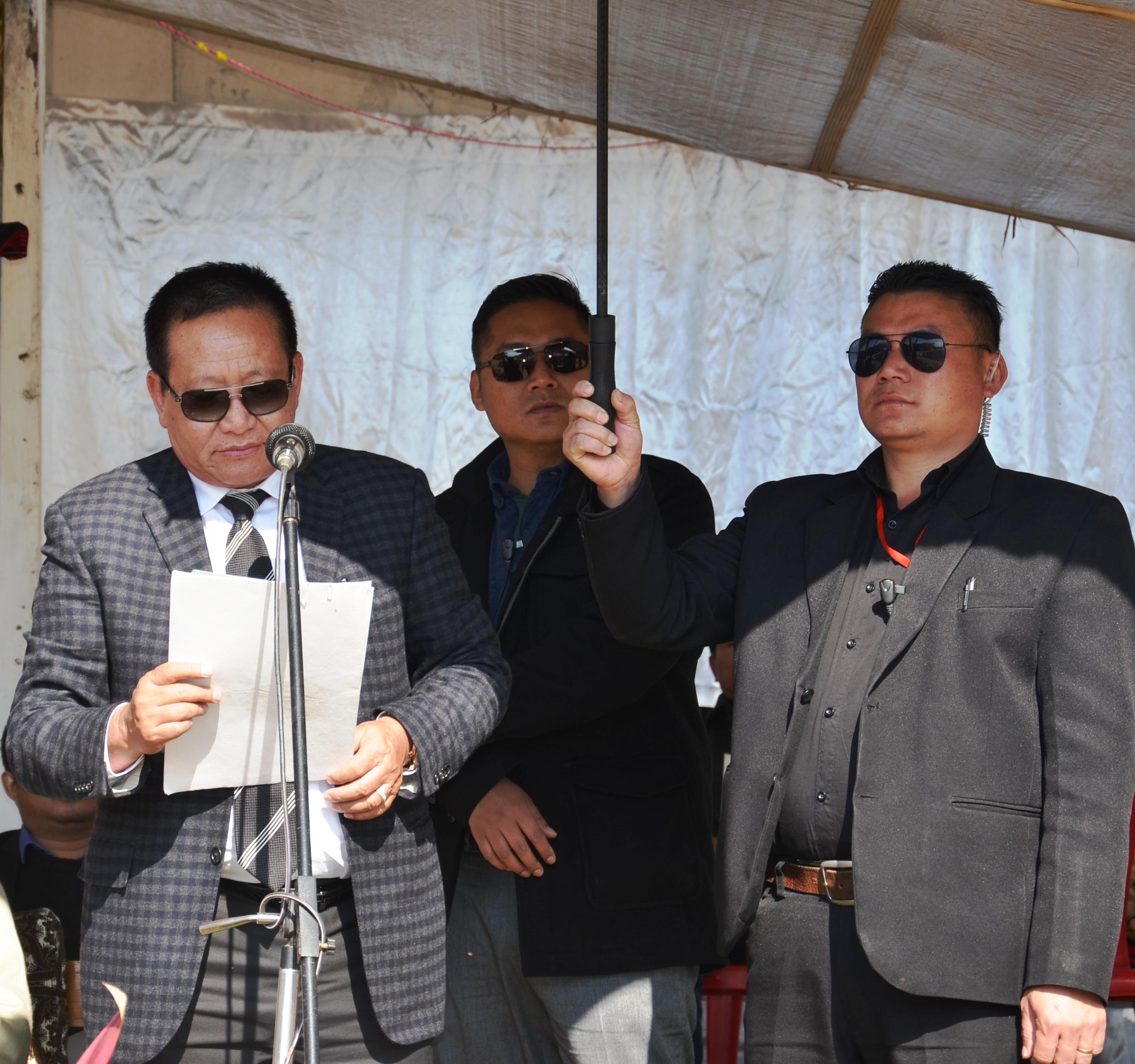 KOHIMA: Nagaland Chief Minister TR Zeliang said the north eastern state is progressing on many fronts like any other states in the country. In his address at a function at Akuluto Town organized on the up-gradation program of Akuluto SDO (Civil) office to ADC office on Sunday, he said the region had potentiality of becoming an educational hub in the near future due to the presence of Nagaland University Campus at Lumami and its close proximity with Atoizu Polytechnic and educational institutions in Mokokchung.

Setting up of a Block Institute of Education and Training (BIET) Centre is also under progress located at Akuluto Constituency. He termed the upcoming National Highways, NH-2 and NH-702(A), passing through Akuluto and connecting Mokokchung and Wokha, as a 'great achievement,' the Chief Minister called for public support, unity and solidarity in order to march forward with progress and development. Highlighting major National Highways touching Zungheboto District, Zeliang said that work for Kohima-Wokha-VK-Mokokchung-Tuli-Amguri road measuring 240 kms named as NH-2 has started while sanction has been accorded for Mokokchung-Akuluto-Zunheboto-Phek-Meluri road measuring 226 kms and named NH-702 A. He said, “128 kms for Chakabama – Zunheboto road has already been sanctioned at an approximate cost of Rs. 1600 crores and survey work has already started and similarly, we have Pfutsero-Phek (66 kms – 825 Crores), Merangkong – Tamlu – Mon (100 kms – 1250 crores) and Changtonya – Longleng (35 kms – 437.5 Crores) which have been sanctioned.”

Also making references of other new roads under Akuluto and VK jurisdiction like Doyang-Izheto road under VK range and Sema Setsü-Dzulhami road under Akuluto jurisdiction, the Chief Minister said that building more sustainable roads would be a priority.During the last 54 years since its Statehood, Nagaland received sanction of only Rs. 28,000 Crores from the GOI but during the last 4 years alone under the Chief Ministership of TR Zeliang, Nagaland has been accorded sanction of over Rs. 30,000 Crores. On this line, Zeliang stated that the features of road connectivity in the State would completely change in the next 2-3 years and that the priority of the Government was on good roads, healthcare and electricity. 'Achievement of the Government during the last 4 years was more than the achievements during the last 54 years,' he added. He lauded the efforts of Hokishe Sema, former Chief Minister and Governor of Himachal Pradesh who hailed from Sutemi village and former Deputy Chief Minister I.K Sema who hailed from Lumami village and were instrumental in shaping the present day Akuluto Constituency.

25 Aug 2014 - 9:59pm | AT News
The Assam government has come in for sharp criticism when the Assam assembly is discussing the sensational Priya Basumatary killing case in Chirang district. One after another Oppostion party...