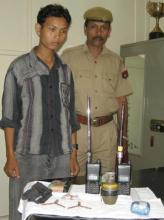 31 Jul 2008 - 11:44pm | editor
For the first time ULFA is planning a fatal strike with clamour mine in Assam to disrupt the Independence Day celebrations falling on August 15. The banned insurgent outfit has already rushed some of...