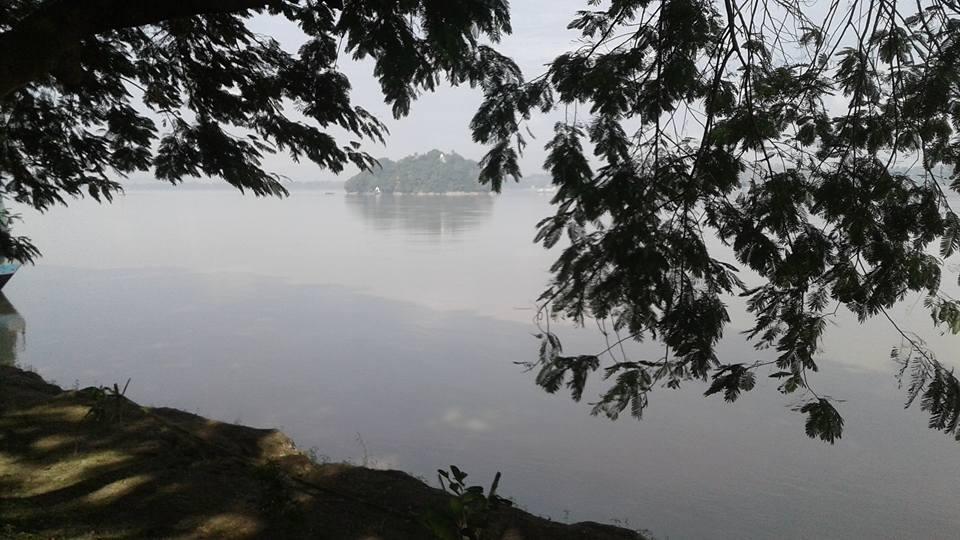 GUWAHATI: The quality and colour of the Brahmaputra water refuse to change for the second consecutive day on Monday. Till this morning the mighty river which originates from Tibet in China to fall in the Bay of Bengal is flowing with black colour water which is not usual in this season.

GMC authorities have also confirmed the change in the water quality and have been waiting for the laboratory report." We have collected thr water samples, sent it to the laboratory and by this afternoon we would be able to ascertain it," said a GMC official.

Even the fishermen in Lakhimpur, Dhemaji, Tezpur and Guwahati have stopped fishing from Sunday morning aa soon as they came to notice the change in water colour.

Experts in different locations across the state have been collecting the water samples on Monday morning. But the conclusions are different. "I think it might be the handiwork of an industrial unit who could have dumped the huge heap of wastage on a tributary," said Bikash Dev, an environmental engineer in Guwahati.

Monali Rajkumari, who teaches chemical engineering said,"it might be the fall out of what takes place on the river Siang where water is full of mud since China is allegedly building dam in Tibet where this mighty river originates. But there is no concrete evidence. So we should carefully wait for the laboratory report."

The water quality, indeed, poses a health hazard a since the river feeds millions of people across the state. "The authority should issue an advisory not to use the river water in view of the deteriorating quality. Otherwise, many people residing beside the river run the risk of a huge health hazard," said Kunal Saikia, a medical student.

6 May 2008 - 1:18am | editor
After days of hectic political confabulations, regionalism in Assam is back with a renewed strength and vigour. The entire development came up from 11 in the morning at the Ambari based AGP party...