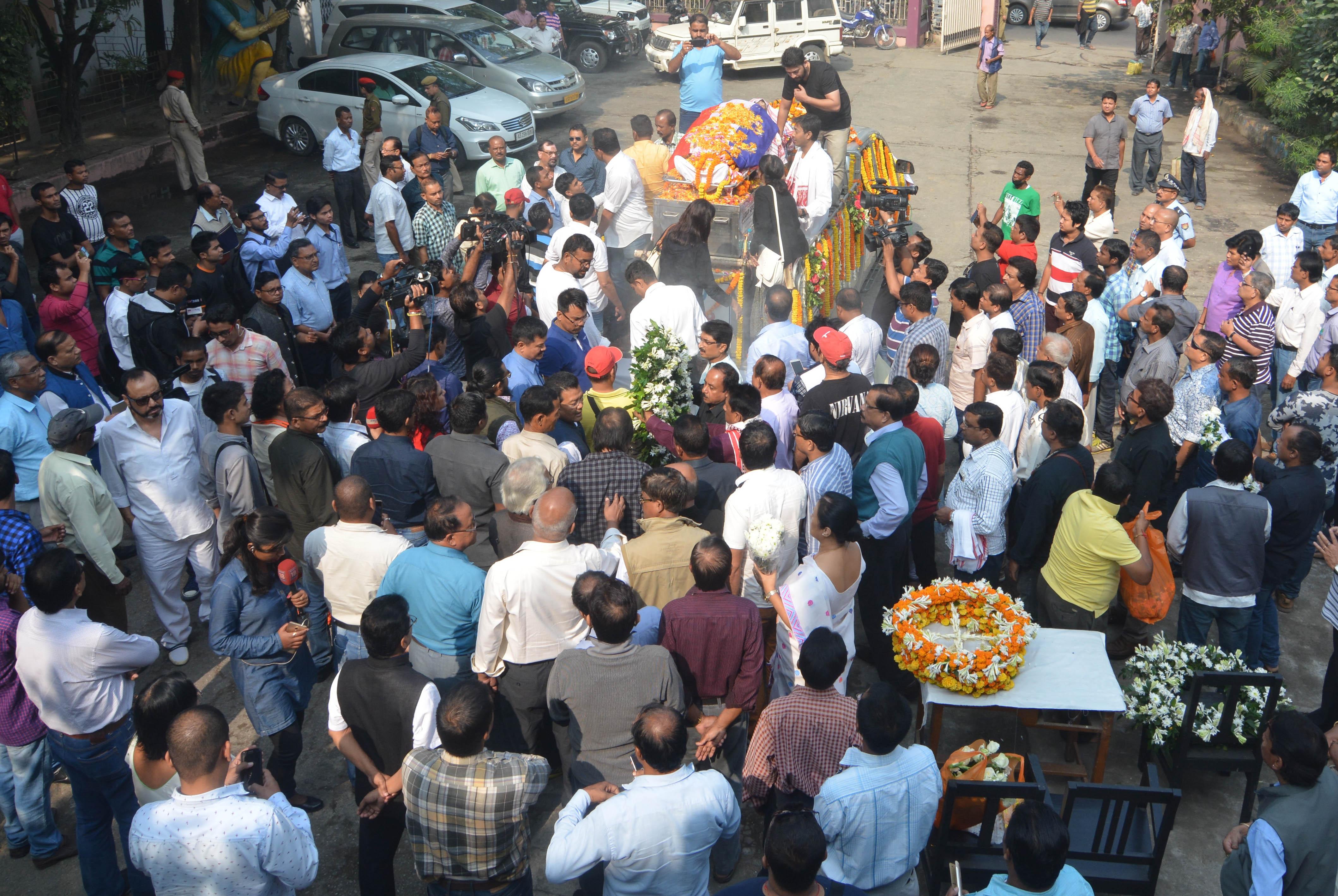 Amid a statewide pall of gloom the mortal remains of Biju Phukan consigned to flames a day after the popular film personality breathed his last at the age of 70.

His fans thronged in thousands at his residence in Guwahati who paid their last respect and took away the lifeless film actor with a procession in the morning.

Firstly, the body was taken to the North East Film Development Finance Corporation premises where chairman and actor Jatin Bora and his colleagues paid their floral tributes.

Then it was taken to the Jyoti Chitraban for last respect. Then the procession halted at Swahid Nyas where the AASU leaders paid their last respect.

With full state honour, hd was cremated at the Nabagraha cremation ground.

19 May 2012 - 3:44am | editor
Petrol pumps across Assam are likely to go dry because of the Assam Petroleum Mazdoor Union’s strike from Monday alleging government failure to provide adequate safety and security to petroleum...