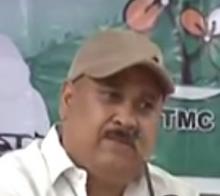 5 Sep 2015 - 8:38am | AT News
In yet another development in the state’s political scenario six months ahead of the assembly polls, an independent MLA is set to join BJP on Saturday. He is Dwipen Pathak, who is expected to...

6 Jul 2016 - 1:07pm | Babul Gogoi
Assam is on the threshold of a massive agitation for exercising the rights over its own resources if somebody goes by the howls of startewide protest against the move to auction marginal oil fields....