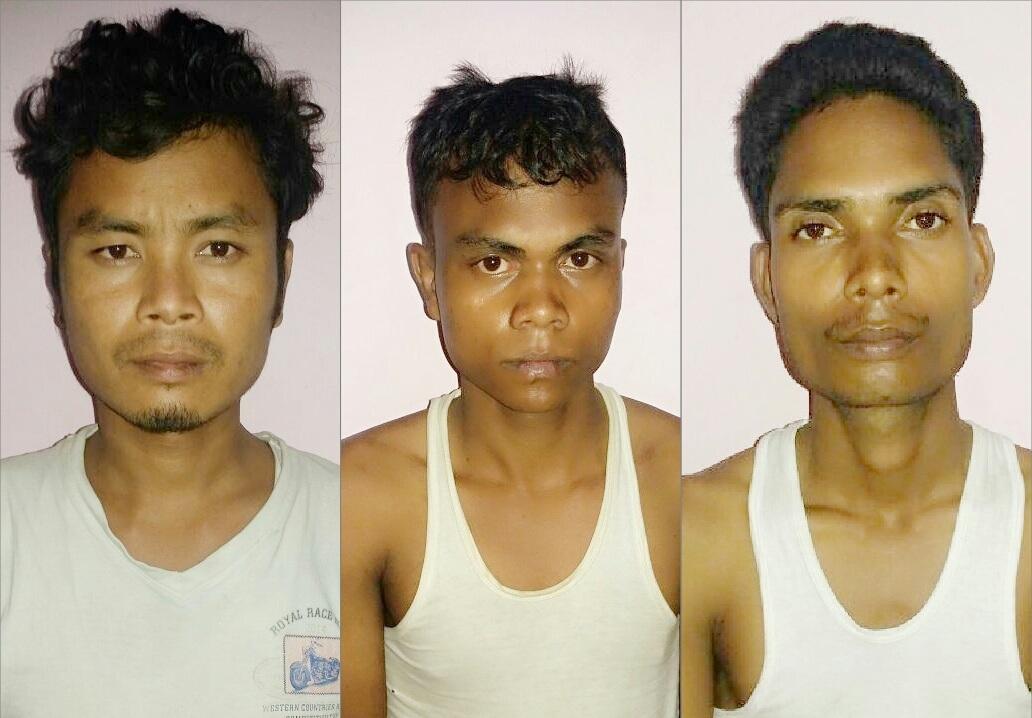 Security forces in Tangla busted a human trafficking racket as they caught three people on Wednesday.

Acting on a tip off troops of 37 Bn SSB Mangaldai deployed a group of jawans at BOP in Nonaikhuti along the Indo-Bhutan border village of Udalguri.

With the help of local AASAA activists, the security forces apprehended the three persons who were to leave the place with a minor girl near Tangla railway station on  evening.

"The minor girl was rescued in the nick of time from the traffickers who were just to depart for Delhi from Tangla railway station", the police said.

The trio who are in their late twenties were identified as Rajesh Kujur ,Vinod Chauhan  and Manik Kachari to be booked vide case no.140/17 under section 370(4) IPC and forwarded to judicial custody on Thursday.

29 Jul 2014 - 9:06pm | AT News
Tinsukia police arrested four persons for allegedly extorting money from tea garden authorities in the name of ULFA on Tuesday. The fake ULFA militants were nabbed from Dholla in Tinsukia when...