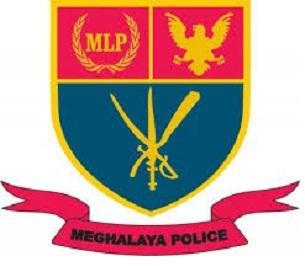 Amid a stepped up operation, a team of Meghalaya police on Tuesday and cracked  a cyber in the morning.

According to police, a team of two Officers assisted by Delhi Police raided several places in and around Delhi and arrested 7 (seven) persons including 2 (two) women in connection with a cyber fraud case.

During investigation, evidence showed links of some people based in New Delhi. Accordingly, a team was deputed to New Delhi on 8/9/2017 to follow up the case. With the assistance of Delhi Police, the team got the break through today dated 12/09/2017 AM and was able to apprehend 7 (seven) people including 6 (six) foreigners (Nigerian nationals) in connection with the case.

At present investigation in different parts of Delhi is going on. The accused persons will be brought to Shillong on completion of investigation and other legal formalities for further action as per law.

31 Jan 2013 - 9:23pm | AT News
People thronged in thousands at the Bhupen Hazarika Samannay Kshetra in Barpeta Road as the 72nd session of the Asam Sahitya Sabha is underway at. The main venue, this time, has been named after...

10 Jun 2012 - 9:50pm | editor
Uncertainty is over. Somnath Dasgupta will take over as the vice-chancellor of Assam University in Silchar.Dasgupta is the director of the National Centre of Experimental Mineralogy and Petrology (...

11 Jul 2015 - 1:33pm | AT News
The man who has reasons to smile in the north east chief minister’s conference in Guwahati on Saturday was none but Tarun Gogoi.Union home minister Rajnath Singh appreciated the chief minister for...