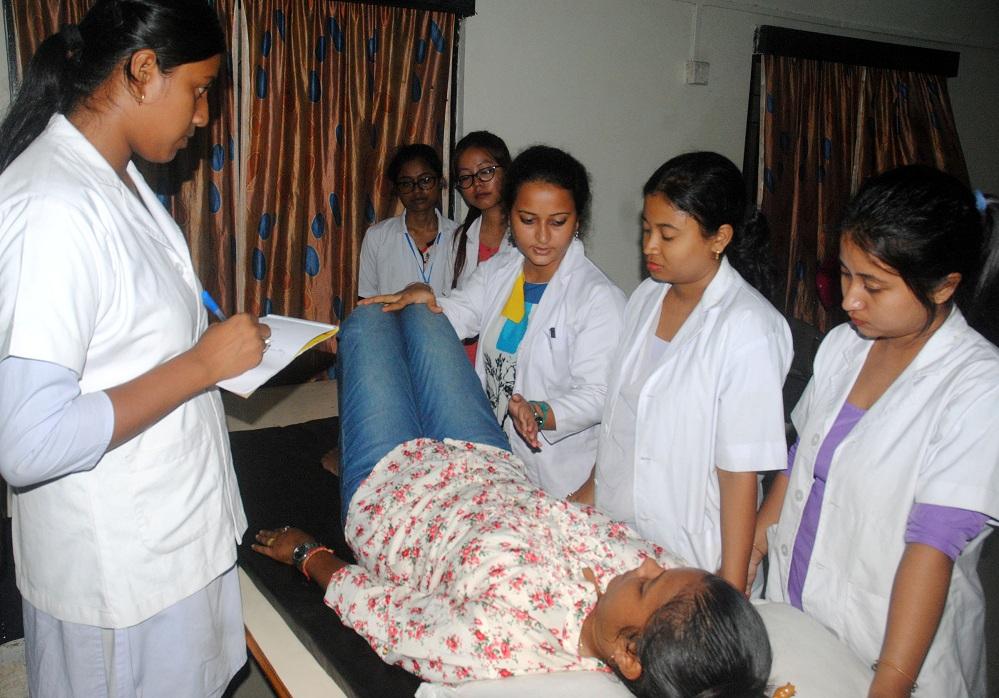 More specialized doctors from different parts of the country now start attending the weekly evening OPD clinic at Guwahati Press Club (GPC). Organized under the series of ‘Evening with a Doctor’ programs since last year, the unique healthcare initiative has also been credited as a sustained screening mechanism in identifying many media persons who were in need of urgent medical cares.

The next clinic is scheduled for 15 September 2017 at the press club premises where Dr Appaji Krishnan, a senior ortho-surgeon from SIMS Hospital Chennai will be available for free consultations to the member-journalists. The camp, primarily open for all members of the pioneer press clubs of northeast India along with their dependents will start at 3 pm and conclude by 4.30 pm.

Meanwhile, the last evening clinic was conducted by the city based Hayat Hospital on 9 September, where physicians namely Dr Nasimur Riaz, Dr Pragyan Kalita and Dr Himadri Acharya checked the health status of over 30 participants. Health workers namely Champak Das, Renuka Barman, Lakshmi Rani Roy, Kebalina Sangma and Bhaskarjyoti Kunwar helped the participants to get advices from the physicians and also got their weight, blood sugar & pressure checked in the camp. Hayat Hospital officials namely Ayaskanta Chakraborty and Paragjyoti Dutta were also present on the occasion.

Launched in August 2016 with initial supports from Dr Jayanta Bardoloi, managing director of Dispur Hospitals in raising a doctor's chamber at the club premises, the series of weekly camps have already emerged as a ‘healthy hangout’ for the media persons with their family members. Some journalists with high blood pressure & sugar were diagnosed for the first time in these camps and advised for follow up actions.

Till date, practicing doctors from Apollo Chennai Hospital, Manipal Bangalore Hospital, Fortis Hospital Bangalore, Medanta-the Medicity Hospital, GNRC Hospitals, Down Town Hospitals, Dispur Hospitals, Wintrobe Hospital, Nemcare Hospital, Narayana Super-Specialty Hospitals, Sight First eye-clinic, Swagat Super-Surgical Institute, Barthakur Clinic, Rahman Hospitals, Sun Valley Hospital, Government Ayurvedic College, MMC Panbazar etc have attended the camps. The camps, even though organized for the benefit of press club members along with their close relatives, any journalist of the region can take advantages of the initiative, said a statement issued by the GPC adding that similar initiatives may also been planned by other media organizations, where the GPC would be happy to play the role of a facilitator.

No light at Assam-Nagaland Border