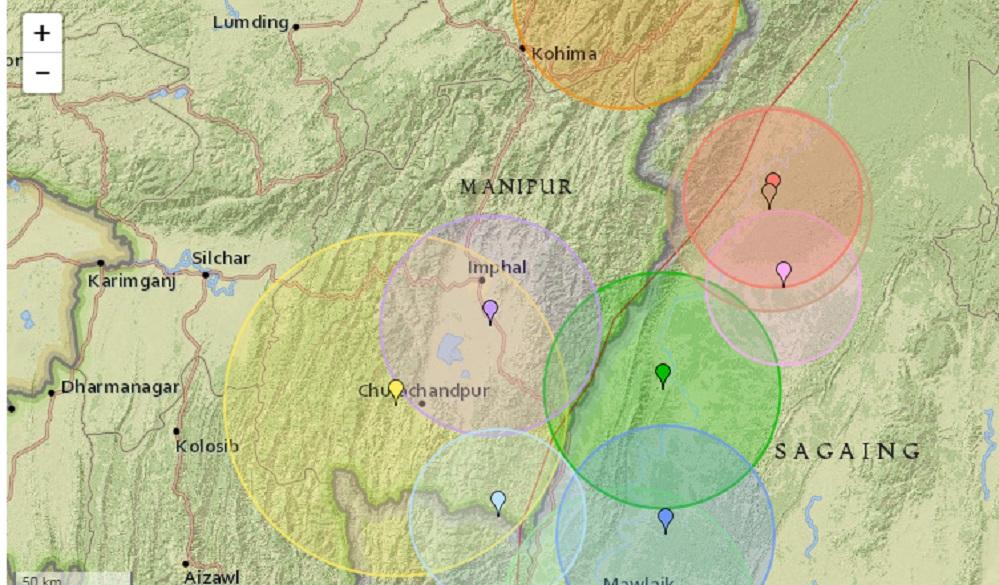 A low intensity 3.4 earthquake shook the north eastern state of Manipur  on Sunday striking no less panic for many people who feared the rerun of the 2015 jolt.

The earthquake, which originated in Imphal struck the state at 2.34 in the morning which forced many  people people in the high rise buildings to come down to the open space.

No breather in SC for Subodh Biswas

8 Dec 2017 - 8:53pm | AT News
NEW DELHI:There seems to be no respite for Subodh Biswas and his henchmen who clashed with student leaders in Silapithar six months back. The Supreme Court on Friday turned down his bail plea and...

25 Dec 2015 - 10:30pm | Hantigiri Narzary
Suspected money looter vandalised an ATM along the JD Road near Mijingk Nwgwr early hours this morning in Kokrajhar town. According to police, a group of four-five persons came on a Bolero vehicle...