2 Jul 2014 - 10:03pm | AT News
Forest guards in Kaziranga National Park claimed to have killed a dreaded rhino poacher at an encounter on Wednesday. The encounter took place near Gotonga forest camp under the Bagori range of the... 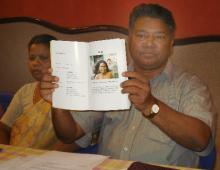