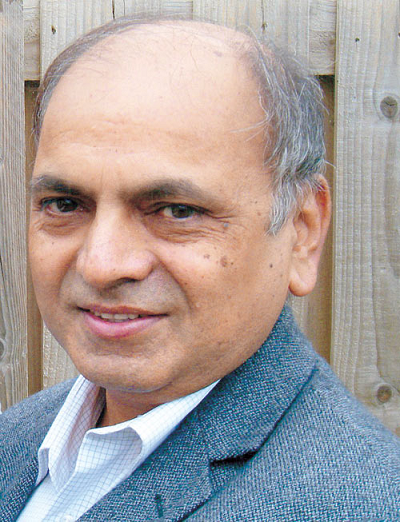 The award has been conferred every year by the Upendra Nath Brahma Trust (UNBT), Kokrajhar, which is a highest award presented from Bodos in the name of Bodofa Upendra Nath Brahma,former president of the All Bodo Students Union(ABSU).

The UNBT on Monday declares name of Prof. Ganesh N. Devy as the recipient 14th Upendra Nath Brahma Soldier of Humanity Award 2017. The trust decides to confer this prestigious award to Prof. Ganesh N. Devy for his immense contribution towards languages of the tribes in India. Besides, his relentless activism for protection, preservation and development of tribal languages, especially languages of de-notified tribes has really earned him laurels across the globe. His untiring efforts to standby for the cause of tribes and marginalized communities in India is unparallel one. Thus, the UNBT feels really privileged and proud to confer the 14th edition of Upendra Nath Brahma Soldier of Humanity Award 2017 on Prof. Ganesh N Devy.

Prof. Ganesh N. Devy, was born on 1 August(1950),  formerly professor of English at the Maharaja Sayajirao University of Baroda, a renowned literary critic and activist and is founder director of the Bhasha Research and Publication Center, Vadodara and Adivasi Academy at Tejgadh, Gujarat established to create a unique educational environment for the study of tribal communities. He led the People's Linguistic Survey of India in 2010, which has researched and documented 780 Living Indian Languages. He was educated at Shivaji University, Kolhapur and the University of Leeds, UK.  Among his many academic assignments, he has held fellowships at Leeds University and Yale University and has been a Jawaharlal Nehru Fellow (1994–96).

He was awarded Padmashri on 26 January,2014 in recognition of his work with denotified and nomadic tribes education and his work on dying-out languages. He was awarded the Sahitya Akademi Award for After Amnesia, and the SAARC Writers’ Foundation Award for his work with denotified tribals. He has also won the reputed Prince Claus Award (2003) awarded by the Prince Claus Fund for his work for the conservation of the history, languages and views of oppressed communities in the Indian state of Gujarat. His Marathi book Vanaprasth has received six awards including the Durga Bhagwat Memorial Award and the Maharashtra Foundation Award. Prof. Devy has endless contribution in protection, preservation and development of languages of the marginalized communities.

The award would be conferred Prof Ganesh N. Devy him on July 29 at a programme to be held at Guwahati.The award comprisist of a momento, citation, cash 50,000, Indi shawl and an Aaronai.

23 years of Assam Accord: AASU staging demo in the city

14 Aug 2008 - 6:11pm | editor
The All Assam Students Union activists are sitting in strike in the city from Thursday morning in protest the government failure to implement the Assam Accord which was signed by AASU and the then...

25 Feb 2017 - 7:05pm | AT News
In yet another feat by children of Udalguri district a total of 250 trainees of Jwhalao Dwimalu Martial Arts Club of Udalguri scripted records woth their performance at Thana Udalguri club premises... 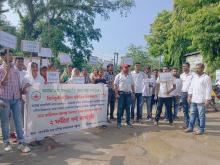