Single bench of the Assam Human Rights Commission, comprising of Shri Naba Kamal Bora, took suo moto cognizance of a news item published in the vernacular daily, “Amar Asom” and English daily, “The Assam Tribune” both dated June 19 regarding the death of a person named Krishna Mandal in the ICU of Gauhati Medical College & Hospital on June 18. As reported in the news, Krishna Mandal was picked up by Police of Gorchuk Police Station in In its order dated 20.06.2017 in AHRC Case no. 2037/9/17-18, it was directed to issue notice to the District Magistrate, Kamrup Metro to cause an enquiry to be conducted to find out the circumstances leading to the death of the said person/UTP and to submit report within one month from receipt of the notice along with copy of Post Mortem Report, Inquest Report and video-graphy of Post Mortem examination. This was stated in a press release by Assam Human Rights Commission on Wednesday.

The Commission also received a complaint submitted by Shri Gopal Mandal, younger brother of the deceased alleging that his brother was tortured during police custody in the name of interrogation, causing head injuries. The deceased was produced before the Chief Judicial Magistrate on une 1, 2017 and was remanded to jail wherefrom he was sent to Gauhati Medical College & Hospital on June 11, 2017 as his health condition started to deteriorate while in jail.

11 Oct 2008 - 3:32pm | Ujjal Borah
Assam has witnessed continuous violence and unrest throughout the last few decades, but the recent ethnic clashes in some of its districts have been significant and proved to be very disturbing from... 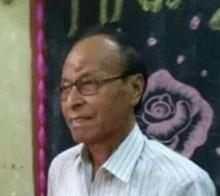