25 Feb 2014 - 10:09am | AT News
Normal life has been thrown out of gear following 12 hour Karbi Anglong bandh on Monday.Karbi Students Union and DSU have enforced the bandh in protest against Rahul Gandhi’s visit citing the failure... 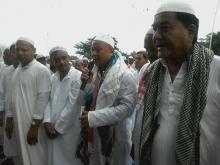