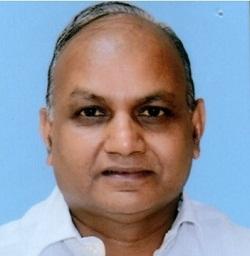 Caught in a barrage of criticism Chief Minister Sarbanabda Sonowal makes it plain that never his government has issued any instruction to skip any story on the rebel outfit.

Talking to reporters in the sidelines of a function on Sunday he said,” simply incorrect. We have not issues ant such order.”

Former chief minister Tarun Gogoi thrashed the government alleging it an attempt to gag the media. “When BJP was at the Centre and AGP was in Dispur, journalists were arrested. Media no less criticised me and our government. Never we did anything to disrupt the freedom of Press.”

I spoke to Chief Secretary & he told me no instructions were given for media censorship. All such news are incorrect and out of context/1

In his tweet, education minister Himanta Biswa Sarma said his government won't make any attempt to censor the media, the fourth estate of democracy.

Notably, participating at the security forces meeting in Tezpur, chief secretary VK Pipersenia verbally asked the police top guns to attest editor and owner of a news paper, journal or channel if statement, interview, photograph or footage of rebel leader outfit is allowed to publish or broadcast.

Poll campaigning ends for Phase I

5 Apr 2014 - 4:06pm | AT News
The campaigning for the first phase of Lok Sabha election slated for Monday ended as soon as the clock struck at 4 in the afternoon.The voting will take place from 7 in the morning in 8,588 booths....

15 Sep 2016 - 8:23pm | Shajid Khan
The pathetic plight of a 30 bedded hospital in Orang takes the centrestage of resentment among the local residents who are set to hit the streets demanding a slew of measures to uplift it. Upgraded 8...

10 Jan 2017 - 10:35pm | Syed Miraz Ahmed
Experts called upon legislators in Assam on Tuesday to push for formulation of a three pronged peace policy to tackle insurgency, urged the elected representatives to elicit information related to...