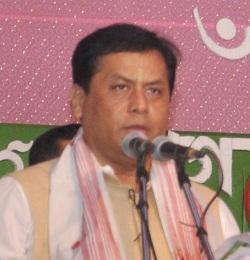 Beware media fraternity. A reporter or editor might be put behind the bars if their news papers, journals, television channels publish statements of a rebel outfit, photo grsph, video footage or an audio or visual interview.

The person who draws ire in this connection is move other than chief secretary Vinod Kumar Pipersenia who is believed to have verbally asked the police to act accordingly.

Many people from media fraternity have come down heavily on the government saying that the bid to gag the media suggests utter frustration of the government.

Chief minister Sarbananda Sonowal, however, has brushed aside and allegation saying that his government has not passed such order.

11 Aug 2014 - 6:39am | AT News
Dibrugarh police have arrested three students on Sunday hours after they gangraped a teenaged girl bear a railway station.   Those arrested have been identified as Kalyan Dutta and Pranjit...

18 Jan 2009 - 10:57pm | Ranjan K Baruah
The Old Boys Association of Sainik School Goalpara is going to organize its Annual General Meeting in Guwahati on 14th February with a day long programme. The OBA SSG is one of the prominent...