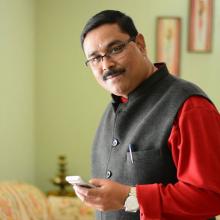 31 Dec 2019 - 11:05am | AT News
Guwahati: Senior journalist Pranabjit Doloi has passed away Monday afternoon (around 5.30 pm on 30 December 2019) in a private hospital. He was suffering from liver related ailments for some time...