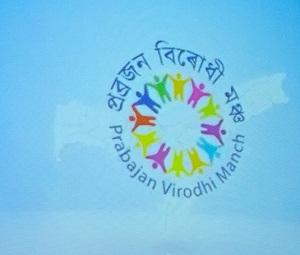 The vexed illegal migrants issue in Assam has reached the United Nations when the Prabajan Virodhi Manch has screened an eye opening documentary at the ongoing UNHRC summit in Geneva on Thursday.

Produced by the organization entitled Assam: The Silent Genocide, the documentary has highlighted the impact of the unabeted influx of the Bangladeshi nationals from across the border. The border influx, according to the documentary, has upset the delicate demography of state and if these are allowed to go unchecked, the indigenous lot would be alien in their own home.
For the last couple of months, the organization led by noted lawyer Upamanyu Hazarika has been demanding immediate deportation of the illegal settlers.

Many other issues confronting Assam along with other north eastern states also prominently echoed in the session which is set to end on March 24. These include the Arms Forces Special Powers Act, food poisoning cases.

APCC gets tougher with Haque

11 Apr 2015 - 9:23am | AT News
The Assam Pradesh Congress Committee is likely to take strict action against Mohibul Haque alleging his controversial role in a protest march in Dhubri district over the mysterious death of 14...

Cong to get 8 seats: Opinion poll

14 Apr 2014 - 9:00pm | AT News
A ray of respite for Congress in Assam. An opinion poll seems to have brought smiles to the party in rank and file amid hectic activities for the ongoing Lok Sabbha polls.According NDTV opinion poll...