Nagaland chief minister TR Zeliang formally is resigning on Monday to pave the way for finalizing a new successor amid the ongoing logjam that paralyzes normal life across the north eastern state.

In a statement issued immediately after he arrived from Delhi, Zeliang convened an emergency meeting if the NPF legislative body meeting at the State Banquet Hall In Kohima at 10 in the morning.

The meeting is electing Zeliang’s successor. Then this would be followed by the meeting of DAN legislators who would endorse the new chief ministerial candidate.

Then the legislators are set to rush to the Raj Bhawan where Zeliang is putting in his papers and his successor is staking claims to form the government.

NPF president and former chief minister Neiphu Rio are contenders for the hot seat while many MLAs who have been holding marathon meeting in Kaziranga have arrived in Kohima in the morning. 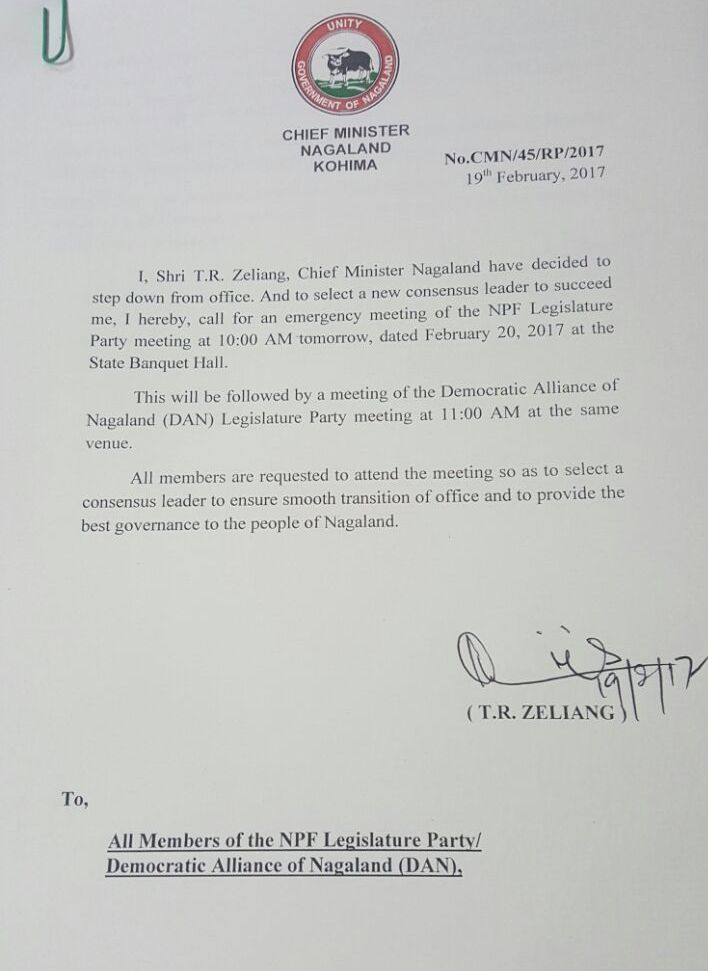 21 Oct 2008 - 12:13am | Nanda Kirati Dewan
Hon'ble President of India Pratibha Devisingh Patil this morning presented the Nirmal Gram Puraskar to among the winners of the 13 eastern region states of the country, which include the NE states,... 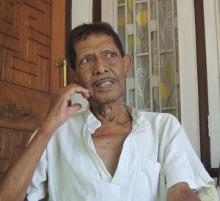 29 Jan 2017 - 4:47pm | AT News
Ratan Lahkar is mo more. The harbinger of Assamese mobile theatre is dead. The famed theatre maker who heralded a new era in theatre passed away on Sunday noon after prolonged illness leaving the...
Follow @Assam Times