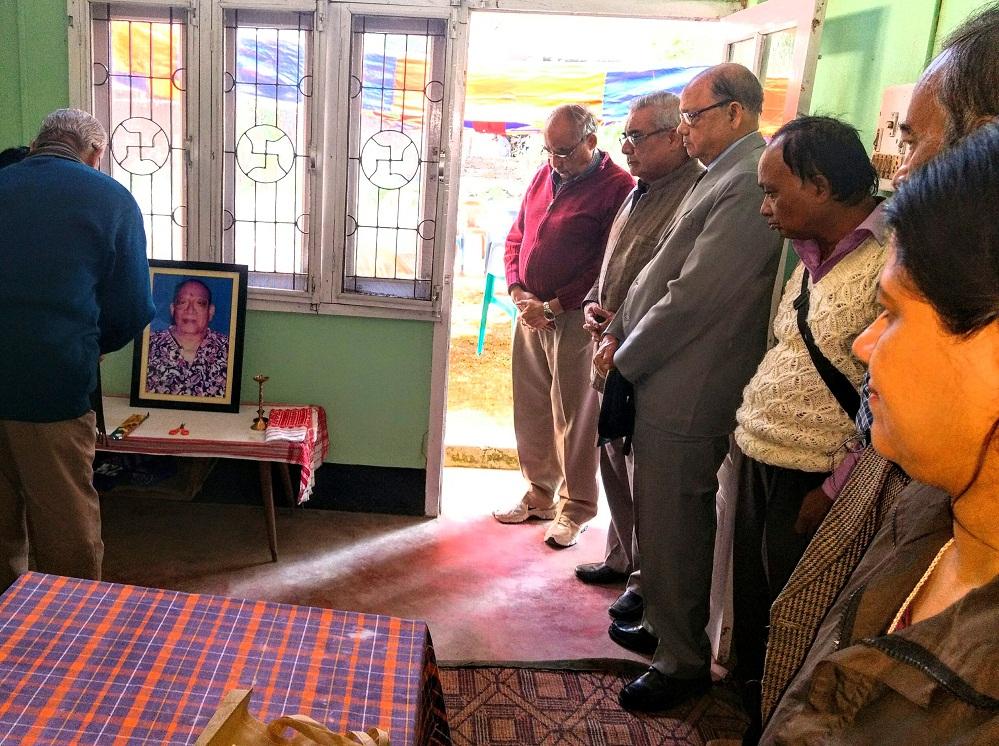 The Kaziranga Wildlife Society will initiate a series of interactive programme with victims of man-animal conflict in the recognised pockets of the conflict all throughout the state.The society that celebrated its foundation day on December 12 at its city office will start the "Save the elephant Campaign" from the 3rd week of December.The starting point will be Numaligarh,a highly depredation area, revealed the secretary of the organization Mubina Akhtar.

The Kaziranga Wildlife Society celebrated its 48th Foundation Day at its city office premises in Guwahati.The programme started with the lighting of the ceremonial lamp by by the president of the society Padum Borthakur.Speaking on the occasion,Ramani Kanta Deka,ex-president of the society request the state government to take up state wide campaign among masses to create awareness.

Former conservator and member of the State Bio-diversity Board,Rudra Goswami appealed the state forest department to negotiate with the Railway department for construction Railway over-bridges in areas of frequent elephant movements.Ex-president of the society Abani Baruah proposed creation of a list of place of occurrence of the conflict and follow a comprehensive policy of awareness and interaction.

31 Jul 2012 - 3:24am | editor
BJP veteran L K Advani on Monday blamed border influx for the on going ethnic clash in BTASD areas. Advani, who is here on a two-day visit, said that its not a group clash. According to him, the...